The grey area of gender

After having done a lot of research for my transgender magazine Unmoved I discovered that in a lot of cultures gender isn’t just binary (male or female). Gender is not to be confused with sex, whereas the second is strictly physical and the first is mental. I’ve decided to work together with historians and anthropologists to collect as much accurate information about gender identity across the world in history and today as possible, and combine them in a publication and digital world map called The Grey Area Of Gender. You’ll learn about the Hijras of South Asia who identify as third gender, the Burrnesha of Albania who are born female but decide to live as men, and many more gender diverse groups. 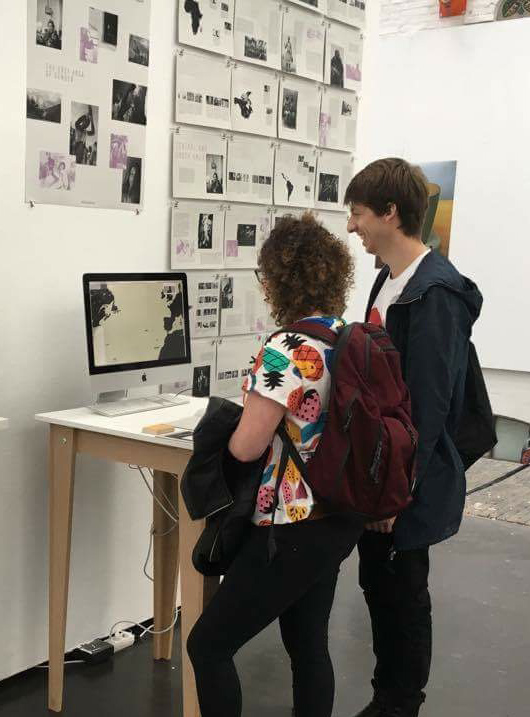 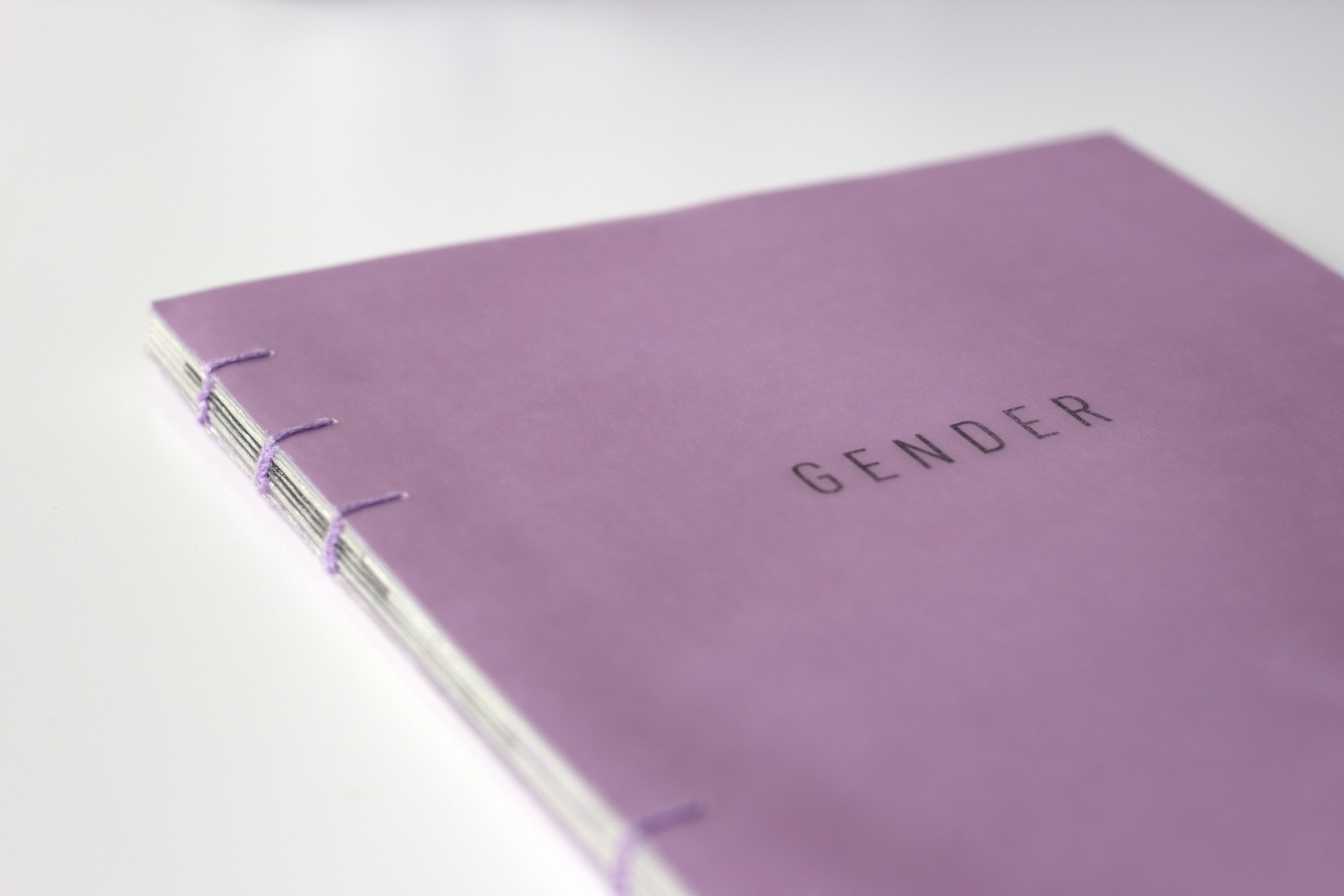 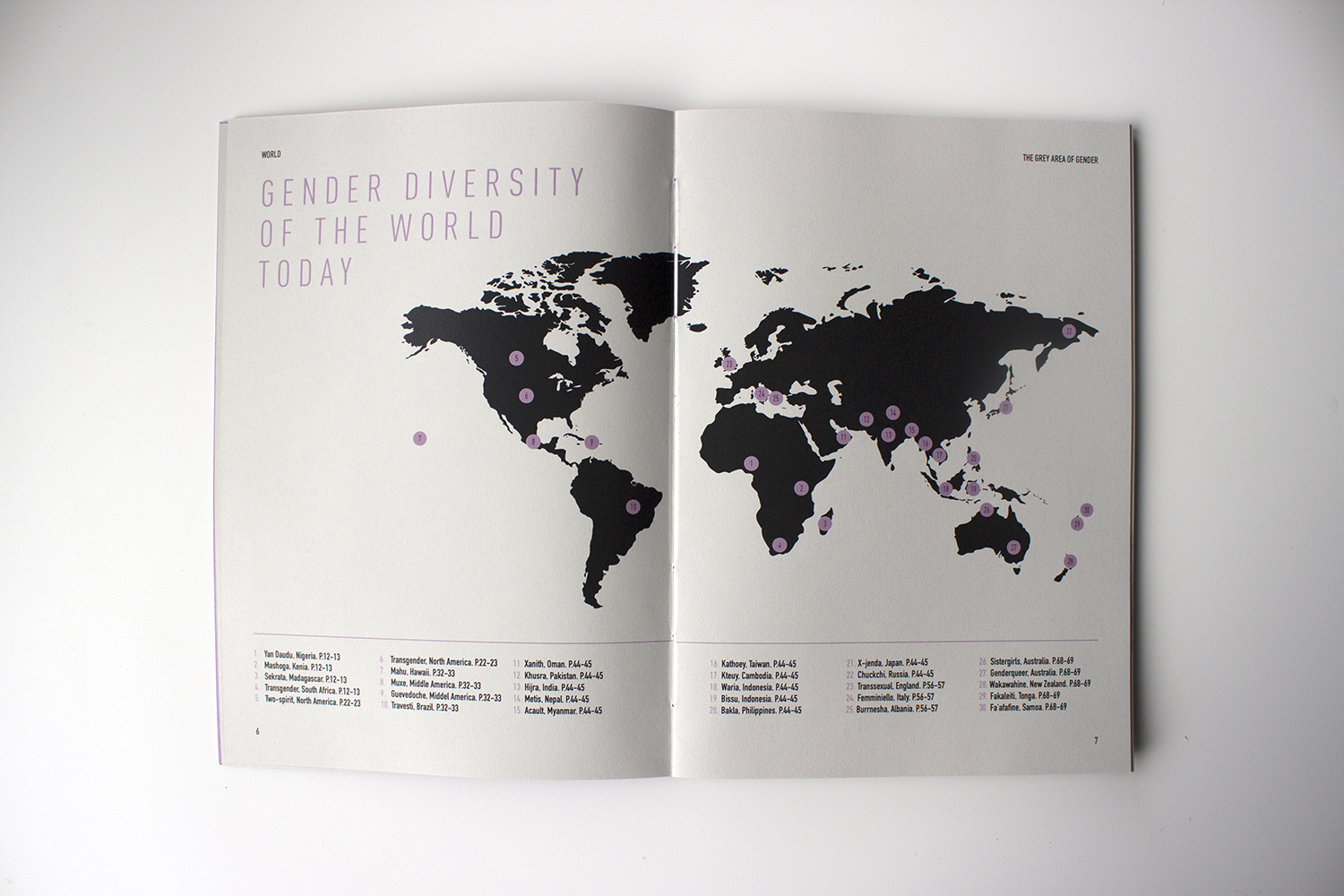 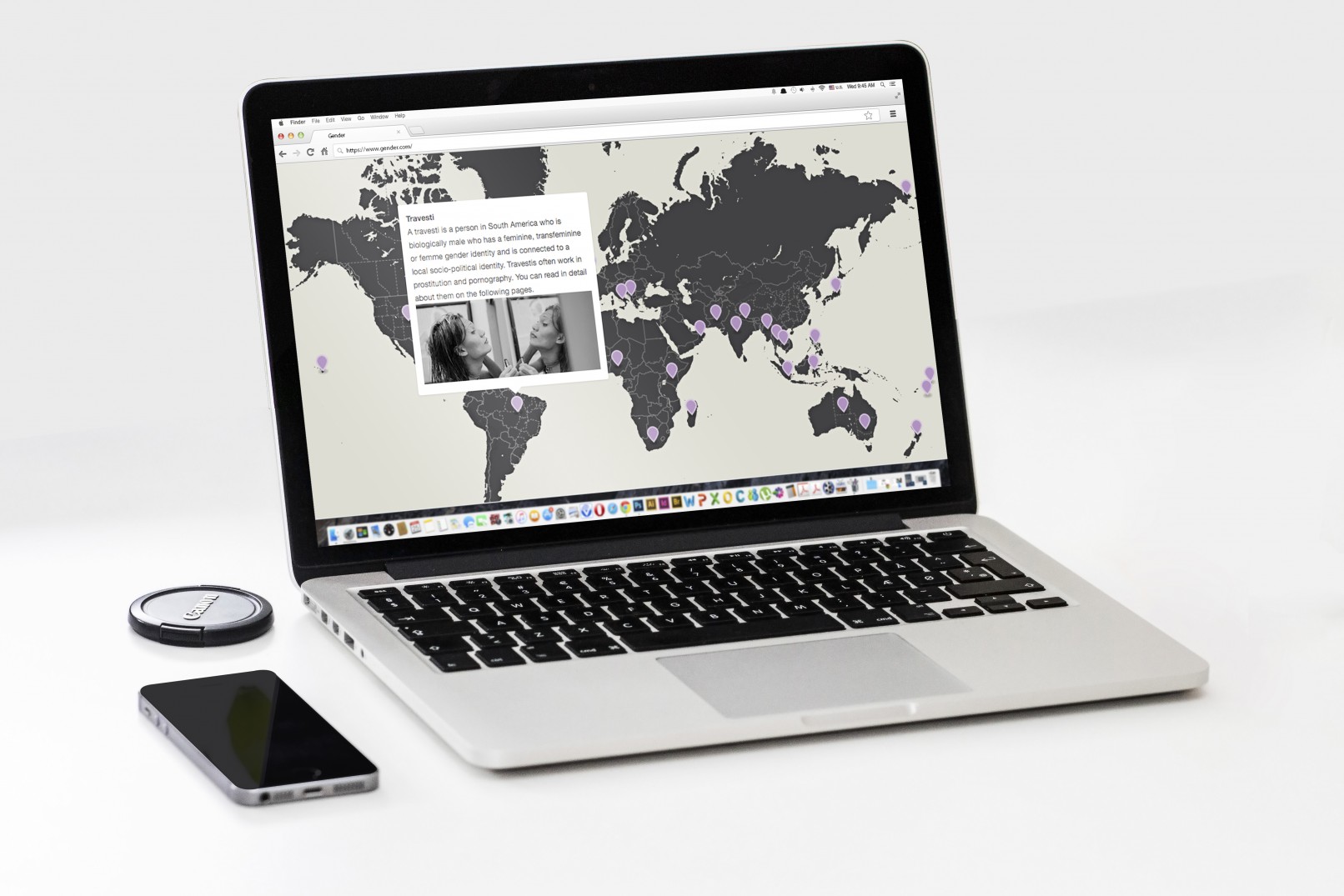 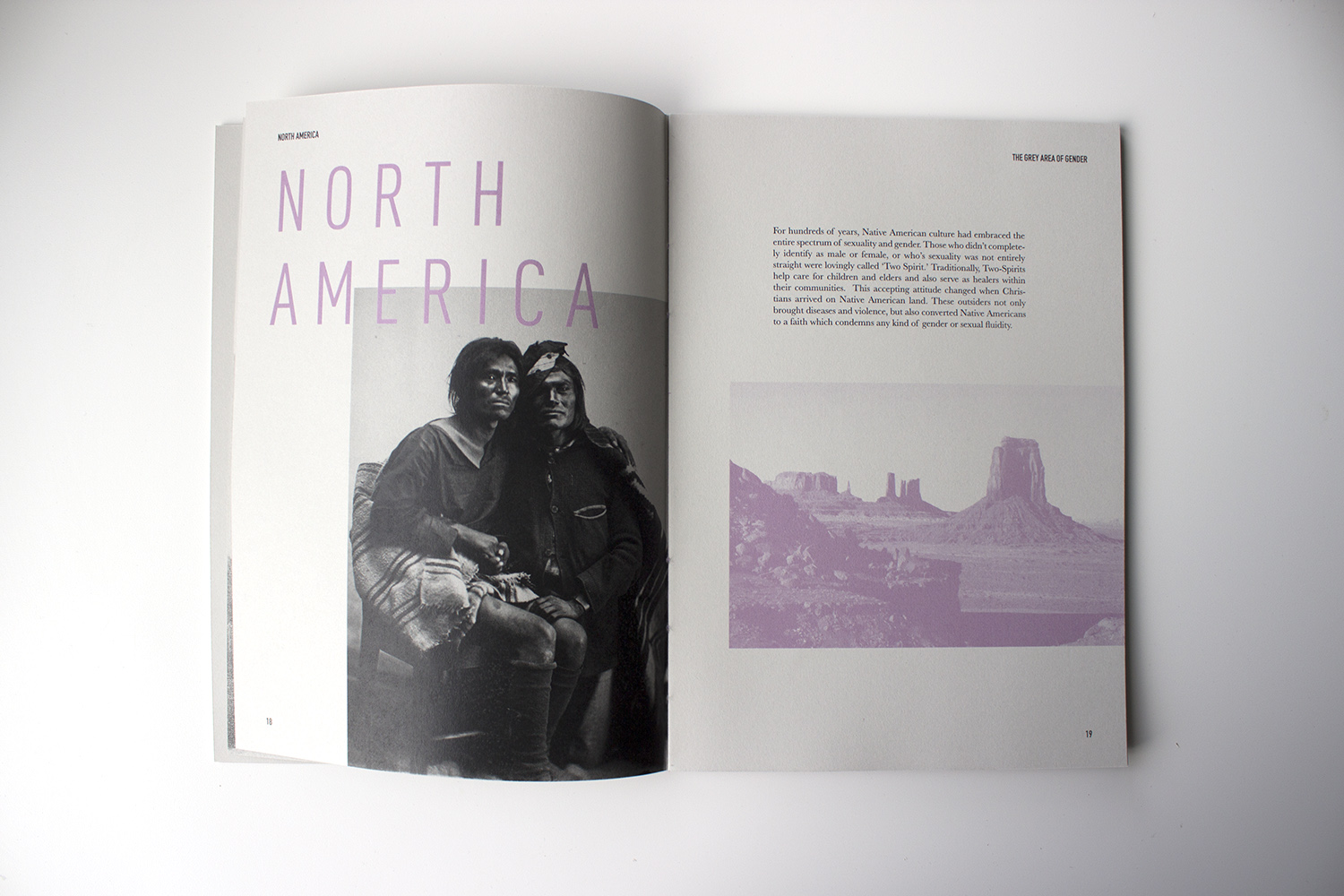 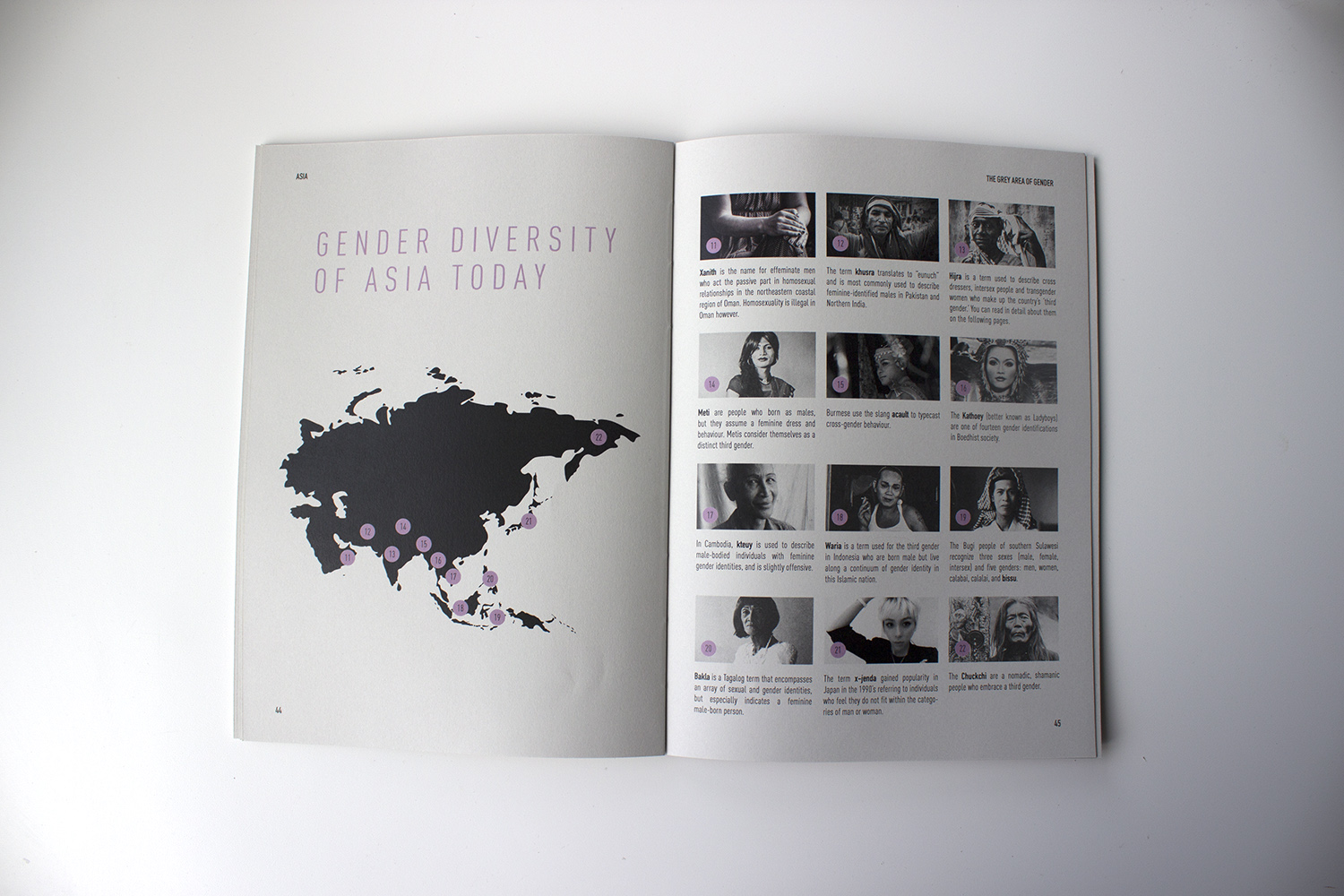 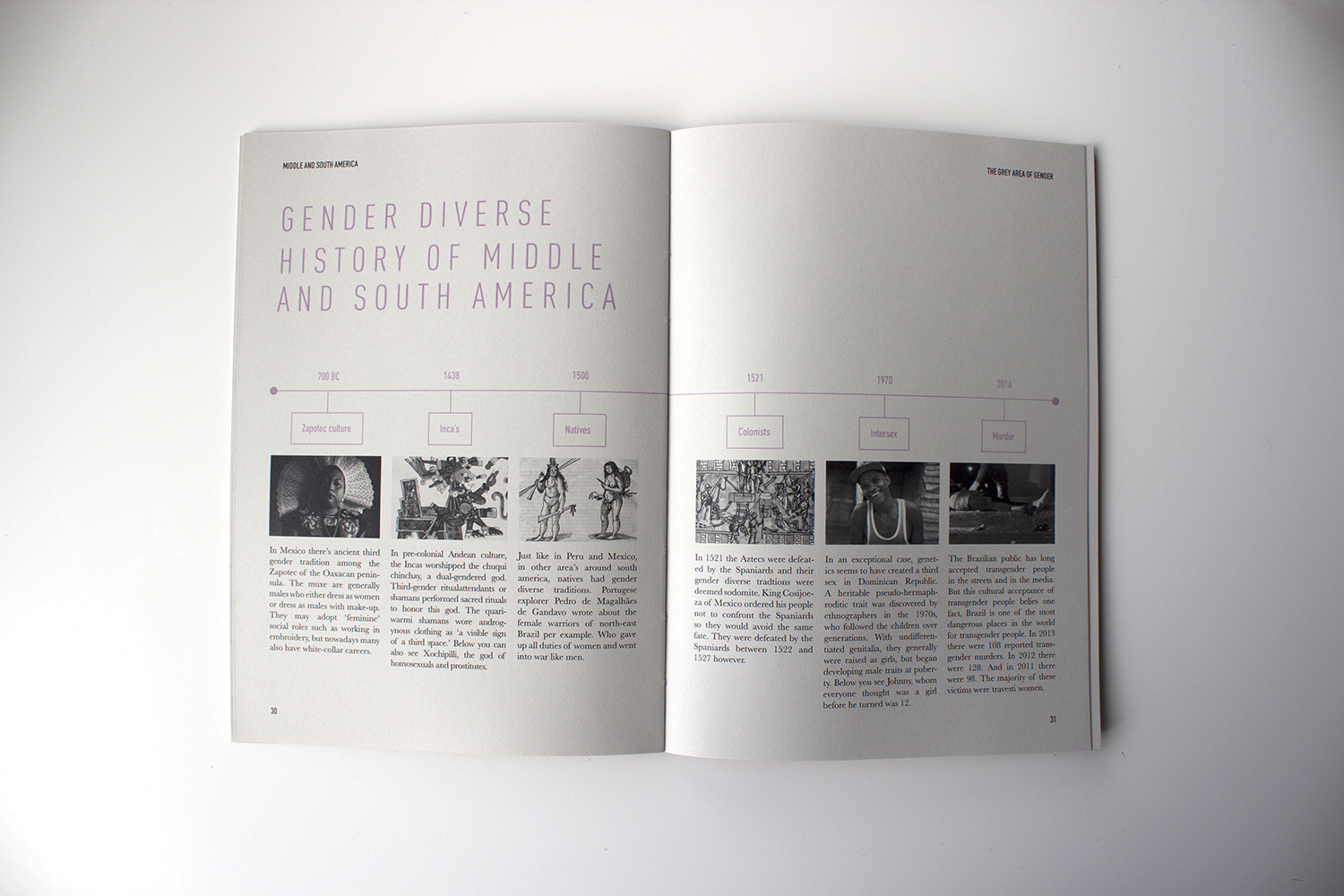 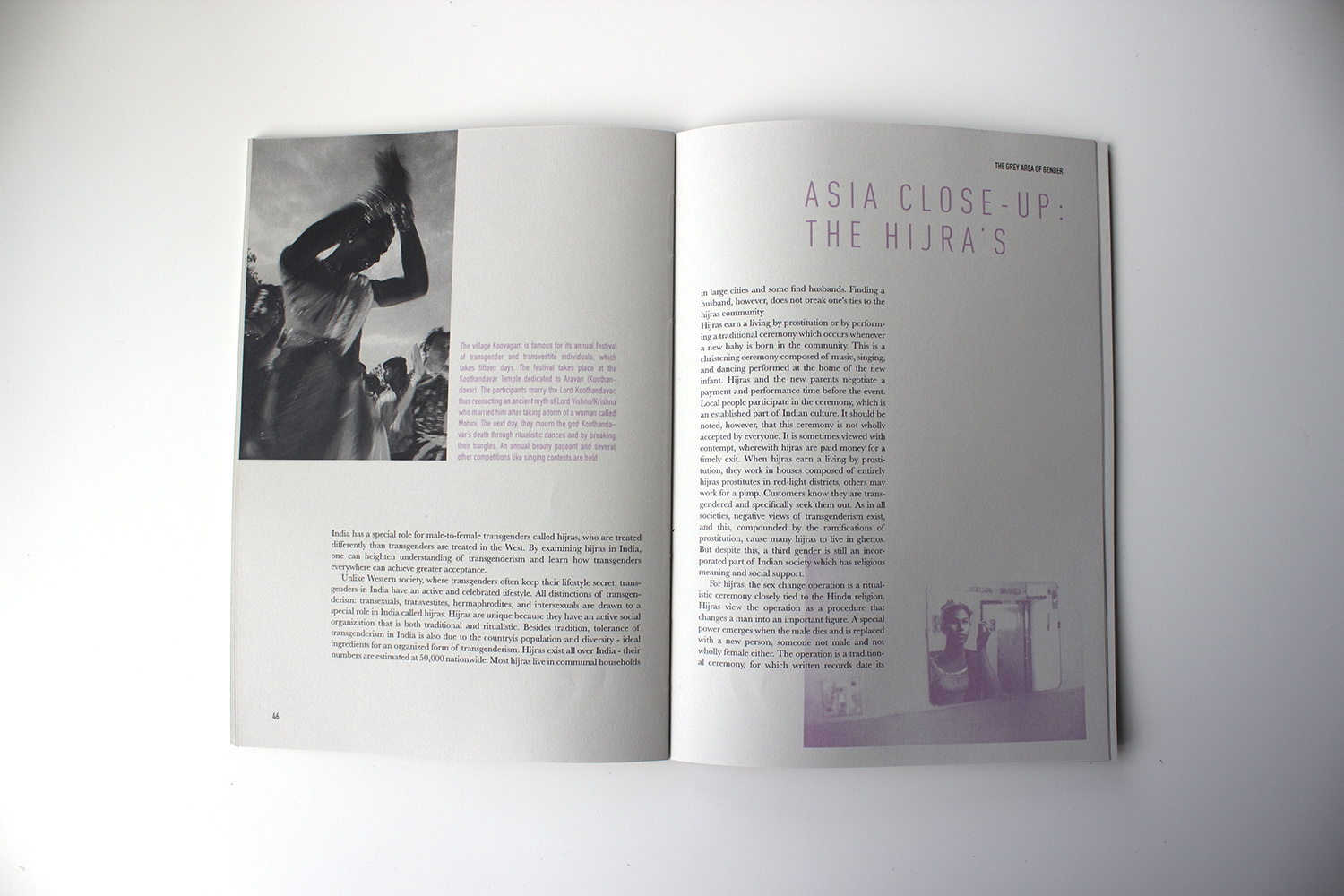 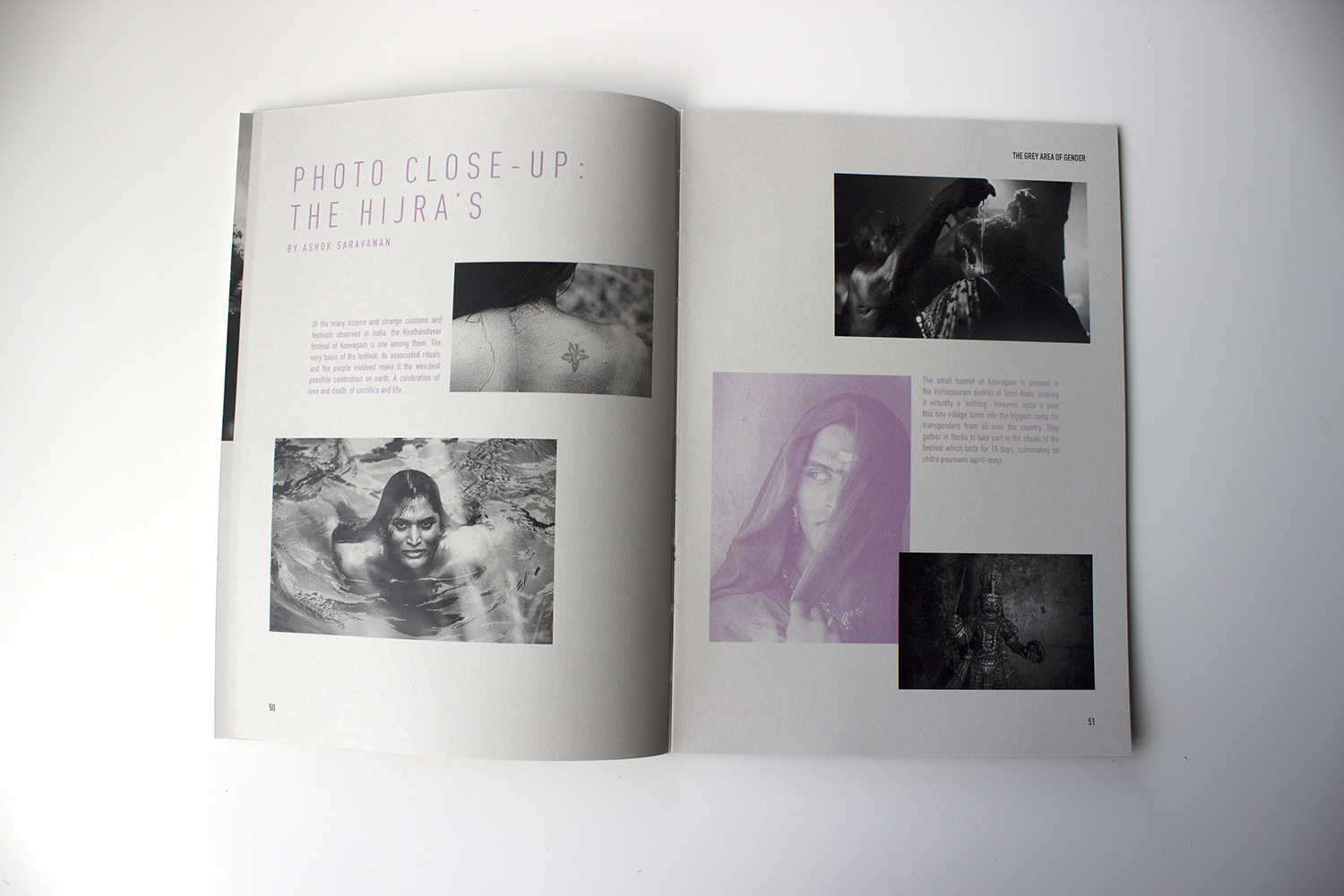 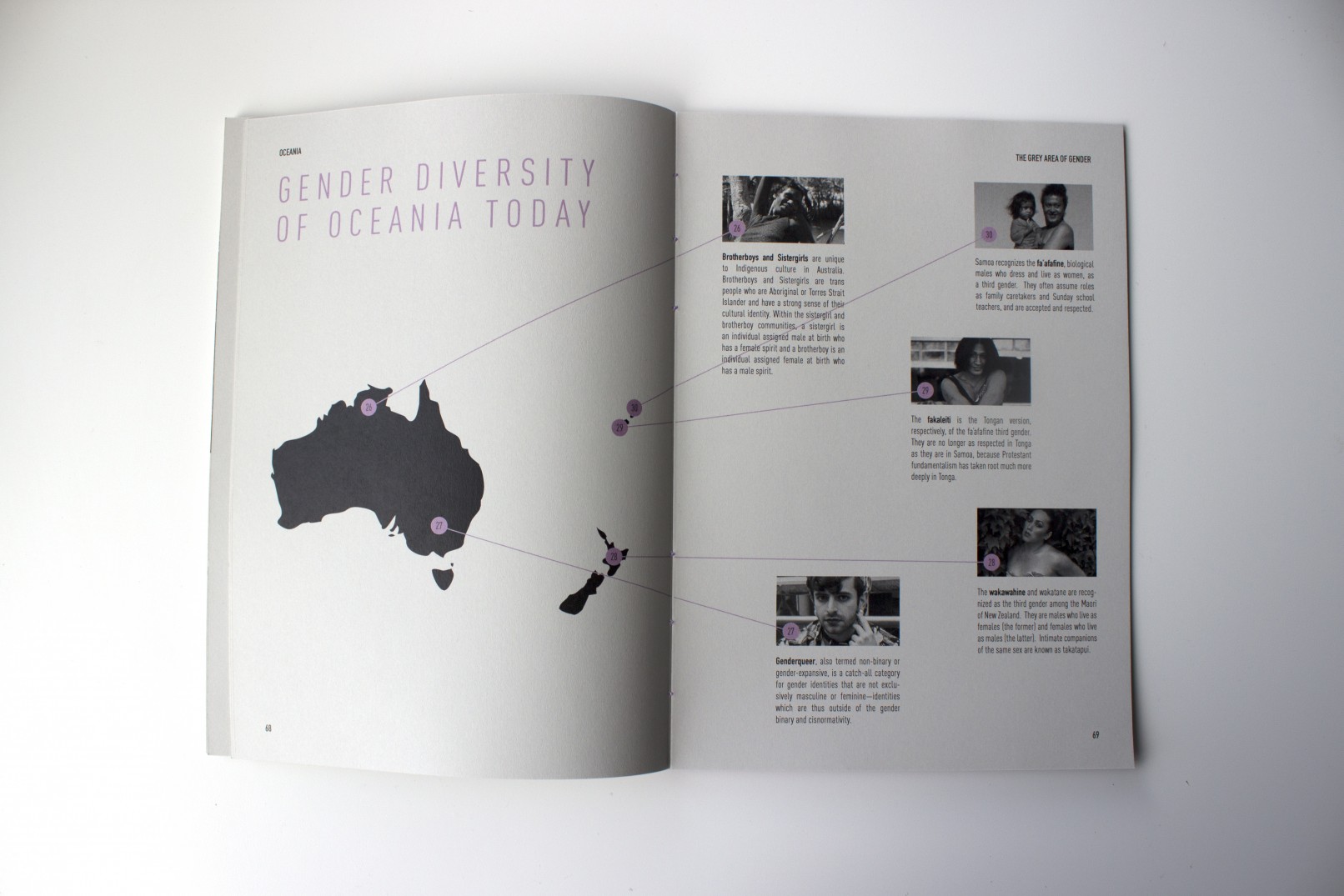 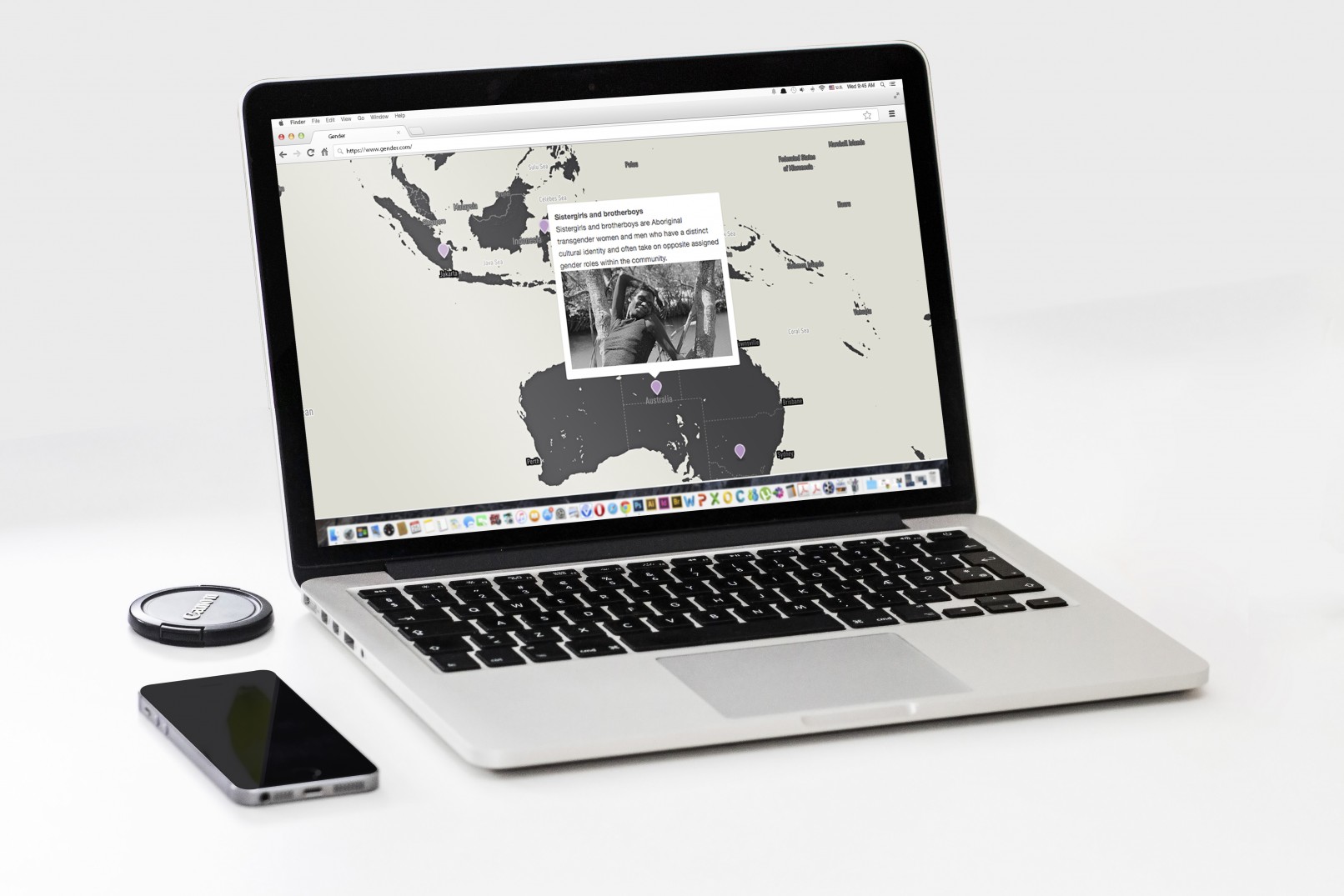